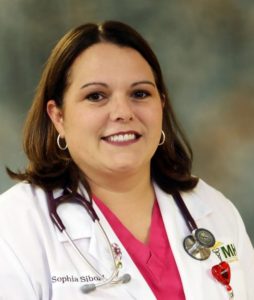 Dr. Sophia Sibold, DO joined Monroe Health Center as a full-time physician in March 2005. Dr. Sibold has served the dual role of full-time physician & Medical Director since 2016. She graduated from the local West Virginia School of Osteopathic Medicine. As an Alumni she serves on the West Virginia Southeastern Area Health Education Center advocating for quality primary and preventative care delivery to rural and under-served populations using academic and community collaboration. She was born and raised in the area and now resides in the area with her own family. 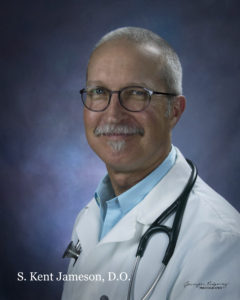 Dr. Kent Jameson has been a resident of Monroe County since 1978 following completion of undergraduate training at Marshall University. He then attended the West Virginia School of Osteopathinc Medicine and graduated in 1992. Dr Jameson completed his family medicine residency at East Tennessee University where he was chief resident his senior year. He is Board Certified in Family Medicine. His interests include spending time with family, horses, fly fishing and hiking. 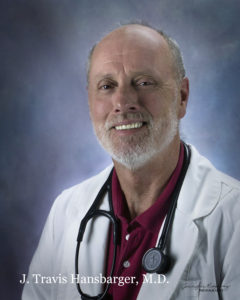 Dr. Travis Hansbarger, MD joined Monroe Health Center as a full-time physician in 2007. He graduated from Marshall University School of Medicine and became Board Certified in Family Medicine in 1999. After graduating Dr. Hansbarger completed his residency and worked as a full-time faculty member at Marshall University School of Medicine. He currently serves as the Health Officer for Monroe County, West Virginia where he resides with his wife and dogs. 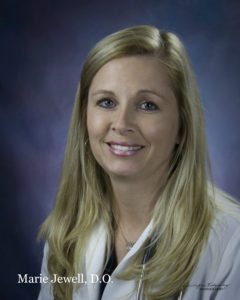 Dr. Jewell graduated from the West Virginia School of Osteopathic Medicine in 1998 and completed her Family Medicine residency at the Ohio Valley Medical Center in 2001. She has experience in private and group practice as well as urgent care settings. She lives in Caldwell, WV, with her husband, Dr. Noel Jewell, and their two children. She is board-certified in Family Medicine and treats patients in our walk-in clinic part-time. 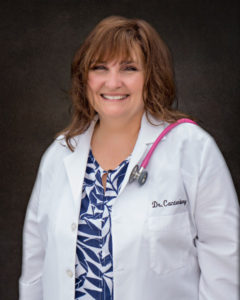 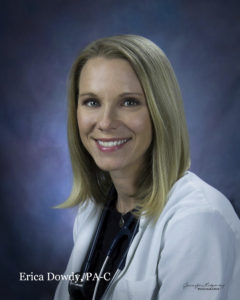 Erica Dowdy, PA-C joined Monroe Health Center in September 2005.  She graduated from West Virginia University in 2002 with a Bachelors Degree in Medical Technology.  She went on to receive her Masters Degree as a Physician Assistant from Mountain State University.  Erica currently resides in Lewisburg with her husband Paul and their 3 children. 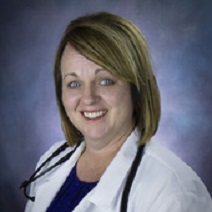 Katrina Shires, FNP, has worked in Family Practice with the Monroe Health Center for 20 years, several years as an RN.  She received her undergraduate from Mountain State University and completed her graduate studies for Family Nurse Practitioner in 2013 from Marshall university.  She is a lifelong resident of Monroe County.  Katrina and her family reside in Lindside, WV. 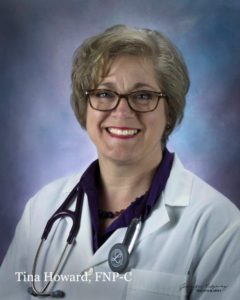 Tina Howard, a Family Nurse Practitioner, joined Monroe Health Center in 2015. Tina Howard was a critical care nurse for almost 20 years before deciding to return to college to obtain her license as a Nurse Practitioner. It is her goal to help her patients make healthy life changes. The most important things in Tina’s life is her relationship with God, nurturing her family relationships and helping others. Tina resides in New Castle, Virginia with her husband Larry. They have four children and one daughter-in-law. Life is an adventure and a blessing. 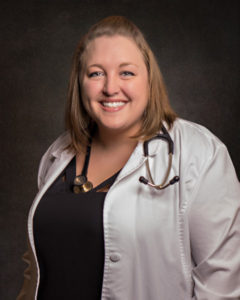 Keri obtained her undergraduate degree from Bluefield State College in 2009. She graduated from University of Charleston with a Master's degree as a Physician Assistant in 2013. She currently resides in Rock Camp with her husband, Kevin and son Kash. 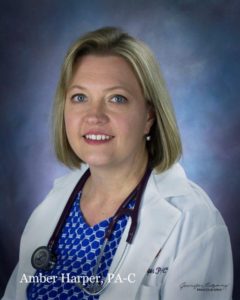 Amber Harper PA-C joined Monroe Health Center in September 2010. She graduated from Concord University with a Bachelors Degree and later went on to pursue her Masters as a Physician Assistant from Mountain State University. She has worked in Internal Medicine and Allergy & Asthma. She currently resides in Peterstown with her husband and two children.

Robin Johnson, a Board Certified Family Nurse Practitioner, joined Monroe Health Center in May of 2012. She graduated from Bluefield State College and became licensed as a Registered Nurse in 2004. She later graduated from Marshall University with her Masters Degree as a Family Nurse Practitioner. Robin is originally from Lindside, WV where she currently resides with her husband Kerry, son Tanner and daughter Kylee. 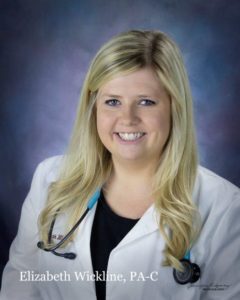 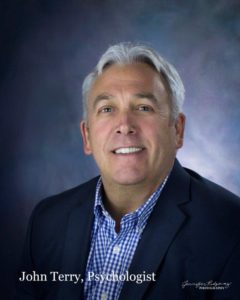 John Terry is a lifelong resident of Monroe Co. After graduating from Peterstown High School; he received his Bachelors in Psychology from Hampden-Sydney College, and Master's in Psychology from Radford University. He was licensed in 1989 and has been practicing over 30 yrs. He treats a variety of adult issues. His interests outside of work include church, family, and sports. 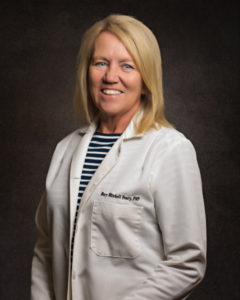 Mary Mitchell Feury, a native of Monroe County, has worked in healthcare 37 years. As a RN she worked predominantly in the emergency room, with experience also in critical care, pediatrics, community and public health, medical-surgical, and dialysis. In 2013, she graduated from West Virginia University with a Masters of Science in Nursing and credentialed through ANCC as a Family Nurse Practitioner, licensed in both West Virginia and Virginia. As a Nurse Practitioner she worked 2.5 years with Monroe Health Center in the New Castle office, then 2 years as an Emergency Room Nurse Practitioner in the Lewis-Gale Hospitals of Southwest Virginia. She returned to Monroe Health Center in January, 2018 to provide primary and urgent care services in the Forest Hill clinic.

Mary has worked in the medical mission field since 2005, with service in Haiti, Honduras, Panama, Columbia, and with the Red Cross following Hurricane Katrina. In addition to mission work, she enjoys yoga, gardening, kayaking, and teaching AHA First Aid/CPR courses. She holds a deep love for the mountains and people of Appalachia and is committed to helping her patients achieve an optimal state of health, with an emphasis on holistic care. 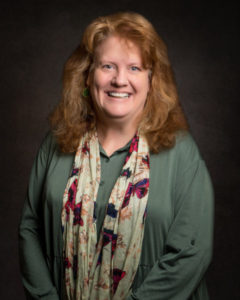 Beth Jennings brings 26 years of experience in mental health. She spent eleven of those years in a community mental health center, the remainder in a private practice. Beth is Comfortable treating children and adults in counseling as well as assessments. She has also taught psychology as an adjunct instructor for Bluefield State College and Mountain State University. Beth is also a member of the American Psychologist Association. 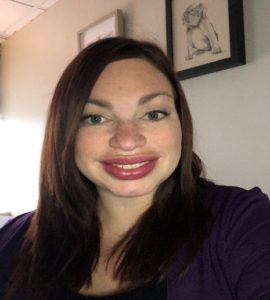 Alicia received her Master’s Degree in Clinical Psychology from East Tennessee State University in 2010 and two Bachelor’s Degrees from Concord University in 2008. Throughout her work history, Alicia has worked in various parts of West Virginia, including Lewisburg, Beckley, Romney, and Morgantown. While the majority of her experience has been in private practice, she worked one year in a community mental health center and was employed at the West Virginia School of Osteopathic Medicine as a staff psychologist prior to her employment with Monroe Health Center.  Alicia enjoys working with a variety of clients including, children, teens, and adults. 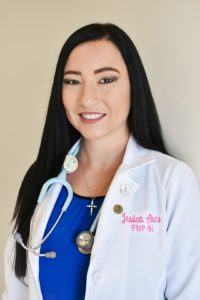 Jessica Akers is a Board Certified Family Nurse Practitioner. She was born and raised in Monroe County and graduated from James Monroe High School.  Obtained her LPN in 2009 and Associate’s Degree in Nursing in 2012, both at New River Community College. She went on to gain a BSN at Bluefield college then pursued a Master’s Degree in Nursing, graduating in December 2018.  She enjoys attending church, family time, kayaking, fishing, and horseback riding.  She currently resides in Lindside, WV. 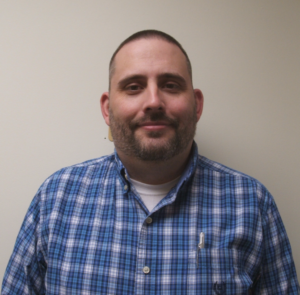 John received his BA in Psychology with a concentration in Human Development from Roanoke College in 2004 followed by a MS in Counseling Psychology from Radford University in 2006. He worked for 13 years providing community based mental health care in the New River Valley and Roanoke areas, serving a variety of clients and client needs. John’s interests include sports and spending time with his wife and three kids.